JOHN’S, Antigua (October 31, 2018) – It was a smorgasbord of emotions – including elation, excitement, pride, a bit of anxiety and a tinge of sadness – as Team Antigua Island Girls left Antigua for the UK on Tuesday, October 30, 2018.

The team of five women who have become national darlings was whittled down to a traveling party of four. The crew to row 3,000 miles back home from La Gomera in the Canary Islands to English Harbour, Antigua is comprised of Elvira Bell, Christal Clashing, Samara Emanuel and Captain Kevinia Francis. Junella King, the alternate, will remain integral to the campaign and will travel to La Gomera to see her teammates off for the start of the race in mid-December.

A relatively large group family, friends and well-wishers gathered in the departure hall of VC Bird International Airport on Tuesday to bid the women farewell a few hours before they departed, compliments Virgin Atlantic.

Afterwards, the Antigua and Barbuda Airport Authority hosted a small group in the Executive Lounge for a series of brief remarks and a departure cocktail.

Director of Sports Heather Samuel, Antigua and Barbuda’s first lady of track, told the team how much they have inspired the nation. National Hero Sir Vivian Richards, one of the greatest batsmen ever to play cricket, told the females rowers he is confident they will silence the doubters. Lady Sandra Williams, founder of Halo Foundation Inc. and the team’s patron, expressed gratitude to the team, while Christal’s mother, Edith Clashing, and Pastor Moise Jean each prayed for blessings and guidance for the team.

The women will spend one month in Burnham-on-Crouch, Essex learning the intricacies of their vessel, Jean Mary, which Rannoch Adventures retrofitted. The team will also train with iconic rower Charlie Pitcher.

Team Antigua Island Girls will be the first female team from the Caribbean participating in the Talisker Whisky Atlantic Challenge dubbed The World’s Toughest Row. They will also become the first all-Black team to row across the Atlantic Ocean. 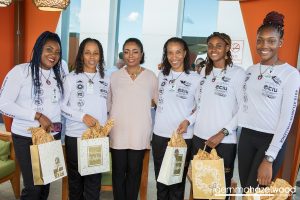 Lady Sandra Williams, ever thoughtful, gave Team Antigua Island Girls, four of whom will be at sea on December 25, early Christmas gifts 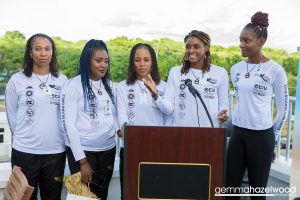 Team Antigua Island Girls say thanks for the support 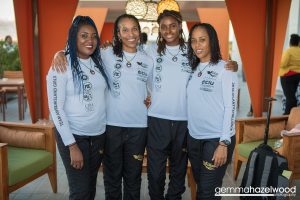 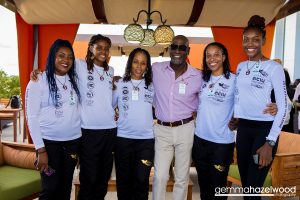 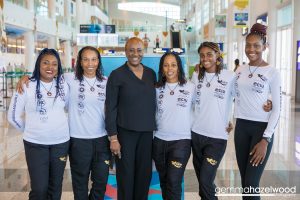 Trailblazers: Team Antigua Island Girls, on the cusp of becoming the first lady rowers from the Caribbean competing in the Talisker Whisky Atlantic Challenge and the first Black team to row across the Atlantic Ocean, with noted attorney and the first Black Ms. Cayman Island Theresa Pitcairn.